At the beginning of this blog about the misinformation effect, I’m a bit nervous. I didn’t choose this topic – I let it choose by the Universe. When an idea came up, I decided to follow the hunch and trust that the Universe knows what it’s doing. I took my pendulum and a long list of energetic programs I use in doing akashic record readings, and I dowsed a topic intuitively after asking to get guidance and inspiration for a blog.

Misinformation came up, and I was immediately underwhelmed. Couldn’t they have shown me a juicier block or restriction? I guess not. I decided to go with it anyway. Just try and see what comes up.

Because I didn’t understand why the Universe would come up with a subject like that, I asked (and dowsed) if I needed to study the misinformation effect more deeply or if it was meant for people who read my blogs to understand themselves better. The answer was that it was meant for my readers.

If this is you, let me know how the misinformation effect plays a role in your life and how it helped you. Contact me here or write a comment below this blog. 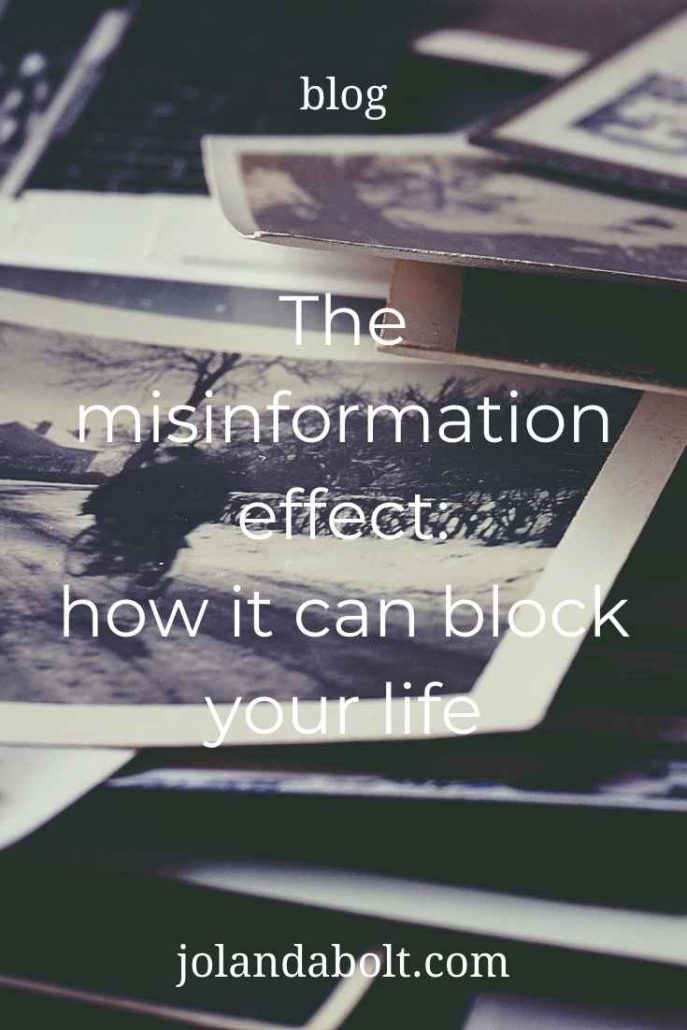 What is the misinformation effect?

The misinformation effect has to do with our memory, where we recall things that happened in the past less accurate when we have received information about the event afterward. Studies have shown that the information you receive later distorts the stuff you’ve seen, heard, or experienced. One of the most influential researchers in this area of research is Elizabeth Loftus.

When I think of memories I have, I’d say that memory is memory. It’s a fact. But Loftus showed that memories become less reliable when you’re influenced by other people who have certain expectations or attribute wrong information to what you remember.

For instance, you may see a man and a woman have a lively discussion in the street. When someone else, later on, calls it a huge fight, and you from then on recall it as a huge fight as well, that’s the misinformation effect. You knew what happened; you heard a different report on what happened, took it for granted, and subconsciously changed your memory.

How does the misinformation effect come up in akashic record readings?

It always has to do with safety, security, money, freedom, sex, power, or love. All of these can be gained or lost, and the thought of not having it creates fear. That fear of losing one of the things above affects your memory. To explain: in some cases, it is better to forget about a situation totally when it makes you super fearful, so our brain helps us bury it deeply.

Or maybe someone tells you to move on or puts the topic on a list of what “we don’t talk about anymore.”

Memory issues in past life patterns often come up when you had a choice to either adapt to the one you loved (or who was safest) or to lose all safety and to have to leave town and die in a ditch on the side of the road.

Especially for women, it wasn’t all that safe back then. We all know how women’s lives have changed over the last century or so. The freedom we experience these days was by far not what women had to put up with in centuries before that. So we listened to the people around us, did what they told us, changed our story to be accepted, or changed our story to become more influential. I don’t think this only worked for women. It worked for men as well, if they wanted to keep their position in an organization or stay in power. 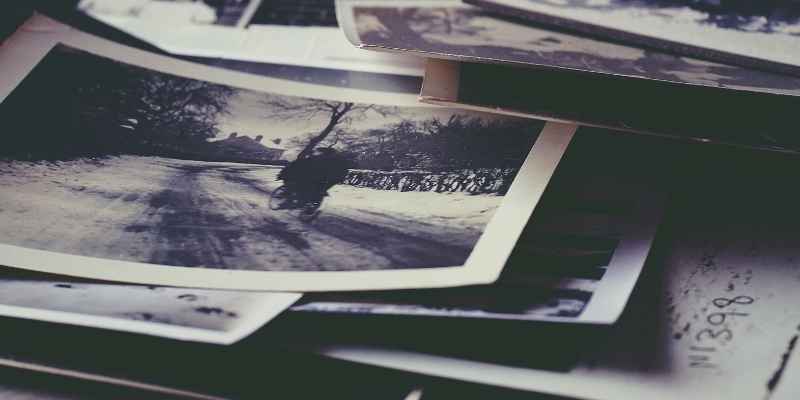 But these choices always go against who you truly are. It can be hard to make sound choices when your security is at stake. In one of the readings that I recently did, one of those past life memory issues was at play where the client let a romantic interest made her believe that it was okay not to compete with him over a leadership situation. She listened to his thoughts (added memory) and changed her story because she was infatuated with him. As a result, she forgot her personal ambitions and intentions to have a role of influence, which she could have.

When I relayed this to my client, it turned out that the added memory of not taking action still played a role in her life. She was always afraid to lose the people she loved if she’d start to behave according to her Divine Soul Blueprint. What would they think? Would they become angry at her? As a result, she let others decide what was best for her. I encouraged her to stand up for her ambitions and start following the soul purpose that I relayed to her at the beginning of the session.

It shows that while you may forget certain aspects, the soul doesn’t forget anything.

How has misinformation warped your memory?

Again, we tend to change our story, which changes our memory of what truly happened. I’ve seen situations in which someone grieved for a broken-up relationship. All the time, her friend kept on telling her how her ex was a freeloading scumbag and that she never liked him. At some point, the grieving woman became angry at her ex as well, calling him a freeloader. However, I knew that the two of them decided to part ways because you weren’t right for each other. As far as I know, nothing happened in that relationship to change her memory. But we are all susceptible when we are emotional – especially when we are afraid to lose love or safety.

Later on, it may be difficult to remember what really took place because your memory has changed so much. This warped memory may influence your behavior when you go back to dating, for instance. Or it may even keep you from wanting a partner at all because you are now telling yourself a story that “all men are scumbags.”

Sometimes this happens even without having a recent life experience. Past life experiences can influence our behavior or beliefs about certain aspects of life. Being aware of patterns helps a lot to break through these patterns and to do things differently from now on.

Do you struggle with specific issues in your life?

Do you struggle with certain areas in your life? Like not being able to keep a relationship or losing money like water all the time, or situations of powerlessness? Check here how I can help you with an akashic record reading in which I can dive deep into your current life issues and find out why they are bothering you.

5 steps to living an aligned life

Negativity bias: how to stop negative thinking
Scroll to top